There were three main series of Stromberg 2-venturi carbs made: the AA, EE and WW series. 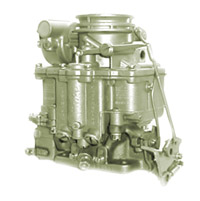 The Stromberg AA series carbs were used on a variety of applications starting in the 1930's, including Buick, Cadillac, Chrysler, LaSalle, Packard and Studebaker.

A detailed discussion on these carbs, fuel pumps and fuel pump pressure and other tech aspects is in an excellent article by 'rumbleseat' which is here. 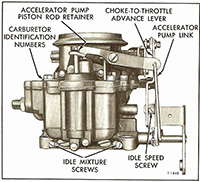 Stromberg WW series carburetors came much later, and were used on passenger cars in the 50's and 60's, and on trucks into the early 70's (when the Bendix-Stromberg corporation stopped making carburetors).